THE ANGELS WILL LISTEN BY JENNIFER BOLTON https://www.youtube.com/watch?v=IAKj54CvEhg 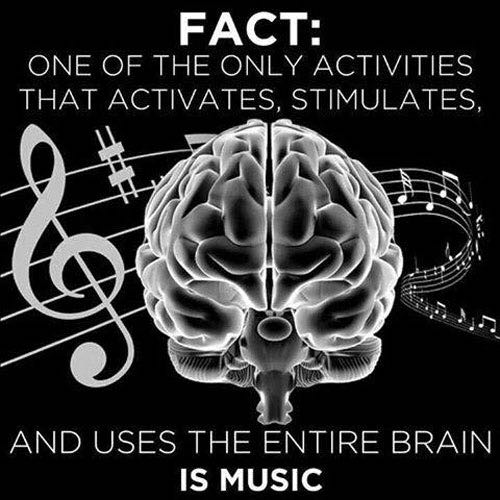 Rock Against Dementia began in the USA when Wayne Mesker and Michael Rossato-Bennett of the Alive Inside Foundation were promoting musical events, with the aim of fundraising for headphones to bring free music to residents of care homes. Music has been shown to be of huge benefit to those suffering with dementia. From that humble beginning a few years ago Wayne Mesker was contacted by Norms Mc Namara (Founder of Global Purple Angel dementia awareness campaign).

Norms asked if he could change it to WORLD Rocks Against Dementia, or WRAD as its now known, with the reason being the Purple Angel Campaign is known all around the world and it could turn a 1 country event into a Global event. Thankfully, Wayne agreed and the rest, as they say, is history!! World Rocks Against Dementia (WRAD ) has been taking place over the last nine years. In 2017 there were 76 events in 12 countries and in March 2018 there were 85 events taking place in 20 countries. 2019 saw 120 events worldwide. 2021 there was an all time record of 178 events! Some events took place in care homes and others were huge fundraising parties. Ticketed events and raffles took place along with an on-line event staged by Dementia Alliance International. Funds were raised for some of the big dementia charities but also for local Memory Cafes and other smaller voluntary efforts raising awareness of dementia. 2018 events were also in memory of Wayne Mesker (who sadly passed away in 2021) and also Glen Campbell; David Cassidy and Malcolm Young from AC/DC who all passed away with dementia in 2021

How does WRAD help?

Any kind of music – rock, country, western, classical or traditional and any funds raised can be used for a dementia project of choice. Music activates certain regions in the brain which are involved in movement, planning, attention, learning and memory. Music can release dopamine in the brain which lessens anxiety and improves mood. Music gives pleasure and brings back lost memories. It helps to boost the immune system and creates a feeling of wellbeing with good feelings which boost the immune system. It also allows people to recall personal memories and can relieve pain. When you enjoy your favourite music it can give all these benefits and more besides. Improved concentration levels allow people with dementia to “come alive inside”, speaking, singing along and smiling as they may not have done for a long time.

How can you get involved?

You can get involved by planning your own event or attending somebody elses! To find out more about WRAD, or post any details about your planned event, visit the WRAD Facebook page or email Norman McNamara Founder of Purple Angel.  [email protected] (please note the 2 rrs in Norrms)

15) Howard Gordon Deepness Dementia Radio WRAD22 sessions throughout the year.
16) Parkhaven Trust, Liverpool.
17) Orchard Care South West, Bideford, UK
18) Debbie Deb Debz Hannon Reflections CIC will be doing songs from the musicals this year highlighting Grease and the Wizard of Oz.
19) Spring House Care Home, Peter Tavy, Tavistock. UK
20) Newquay Purple Angels Ocxtober 15th Royak British Legion Club Newquay, 7 till late.
21) DAI event 17th18th May.
22) Purple Angel Philippines Gims AdminGroup Details tba.
23) Westbank Residential Home in Ross on Wye: Abba day on Tues 24th May & an Abba film night on Thursday 26th May.
24)Deepness Dementia Radio. Howard Gordon Karen Taylor The Ballard of the Dementia Activist. An lanntair about dementia activism in Scotland , Thursday 17th March at 6.30pm followed by Sophie Bankcroft- one of the song writers and Tom Lyne performing their music.
25) Sands Care Home, Morecambe, UK Hayley Payton
26) Heather Bryson. ‘Rather Regal’ Chair Exercise Extravaganza.
To celebrate the Queen’s Platinum Jubilee on Friday 27th May.The activities start on 1st May and include arts/crafts, exercise and health/wellbeing tasks.
27) Lorna McTavish Coulson 12th May. Dementia Drums and Drumming online from our drummery in Devon This event will be recorded for time zone issues.We meet at 7:00 PM UK time to connect with some morning Purple Angel groups in what is now known as USA and Canada.
28) Marcia Burr Zoom session so people can learn some easy fundamentals of Tai Chi that helps with fall prevention. https://www.facebook.com/EnergyisChi
29) Pinewood Nursing Home will be holding a small musical event on 31st March with the wonderful Alice Mayhead. A private event just for residents.
30) Bright Copper Kettles Caroline J Benham Red Lippy Day – the first Friday in May each year.A day for remembering the wonderful, glamorous, women that we have lost over the years due to dementia. Raising much needed funds for Bright Copper Kettles CIC. 6th May worldwide.
31) Lianne Hart and her Wild Swimming Fundraiser for “The Purple Angel – Dementia Awareness Campaign and Charity”
32) Kim Brown Nature Therapy Drumming, St Mary’s Hospital, Isle of Wight. 12th May.
33) Hellmut Wolf with thanks for all the musical postings throughout the year!
34) Enjoy Radio Alan Al Straughton Jean Straughton
35) Myrna Norman Memory Support Groups announce the IG Walk for Memories on May 28th in Spirit Square in Pitt Meadows. Registration at 9am- Walk at 10:00 am. Challenge your friends, make a donation, make a pledge, but mostly JOIN US.
36) Caz Jaydn Book royalties throughout April and May: Absent Without Leave – written by Caz re her father with dementia.
37) Bernadette González Orta Mexico concert for WRAD22 https://corimaz.com.mx/wrad2021/
38)Tammy DeFazio New Port Richey, Florida, USA! “ROO runs for WRAD” Running 30 miles with her dog for WRAD22.
Refreshments and music to follow walk. If you can’t walk – show up anyway to offer support!
Call 604 477-9628 for information, to volunteer, and to show up.
39) Camelford Top Town Purple Angel Memory Cafe, Cornwall, UK 2nd event: 24th May – Indoor Jubilee Street Party 2-4pm
139) Heather and Deborah Bryson 100 care homes involved with the Jubilee May online exercise classes!
140) Bea Porup. We are holding a small World Rocks Against Dementia event on Thursday with a visit from Collywood Therapy Ponies. Bea Porup Activity coordinator,Kernow House,Landlake Road, Launceston,PL15 9HP
141) Cym Downing and Launceston memory Cafe celebrate WRAD22 with comedian and singer Johnny Cowling at Trethorne Leisure Centre, Cornwall.
142) Jennifer Bolton The Jam House, Wednesday 25th May, Acoustic Session. If any of you would like to come & show your support that would be amazing. This night is very important to me as not only do I get to perform on The Jam House stage but I will also be singing Memory & The Angels Will Listen (amongst others) LIVE for the first time ever!
The night starts at 7PM, it’s also FREE entry so don’t worry about paying on the door.
143) Wednesday 18th May, we have a terrific songstress Tania Rodd at Haviland House.Tania will take us on a trip down Memory Lane with songs from 1910’s, 20’s, 30’s 40’s to present day musicals.
Haviland House, Robin Road, Goring-by-Sea, West Sussex BN12 6FEwww.guildcare.org
Wellbeing Haviland.
144) Julie Hikaiti A party on the 28th May – WRAD get-together in Brisbane Australia.
145) David Precious plays Camelford Bandstand Music Evening 26th August.
146/7) Gims AdminGroup Rodel Enriquez: event 27th June plus another on 8th October. Phillippines. Jiil Arsenal 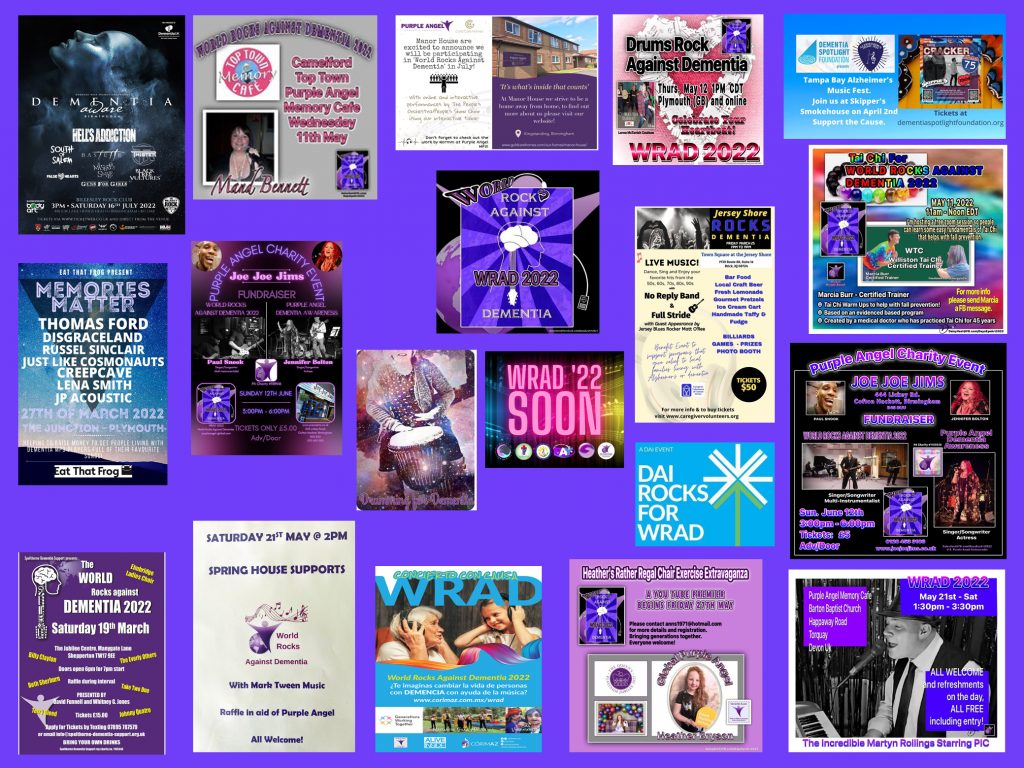